TOGG – The Turkish Answer To The World Of Electric Mobility 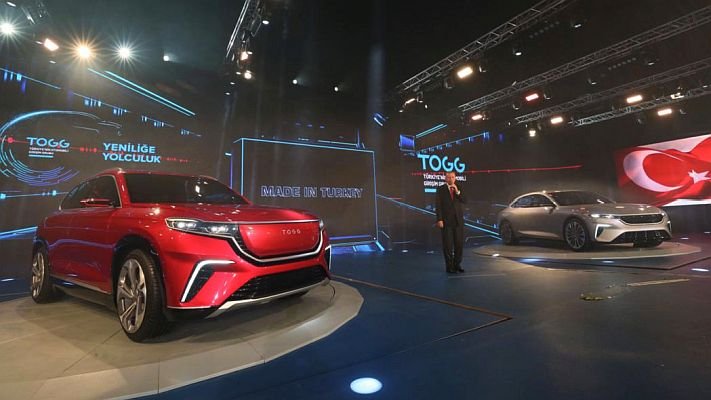 This will cost around $3.7 billion over the next 13 years.

President Tayyip Erdogan spoke at the unveiling ceremony and said that he wants Turkey to become a global brand. “We’re all together witnessing Turkey’s 60-year-old dream become reality,” referencing failed plans in the past to build fully homemade cars. “When we see this car on roads around the whole world, we will have reached our goal.”

Following his speech, a red SUV model of the car and another grey sedan one were raised onto the stage, sporting the TOGG label of the consortium that is building them. The charging infrastructure for electric cars would be ready nationwide by 2022.

There will be five models of the new Turkish EV and the government plans to purchase 30,000 of them by 2035.

Turkey also exports to Europe vehicles produced by Ford, Fiat, Renault, Toyota, and Hyundai that are made domestically, so seeing Turkey launch its own EV brand is something that reminds us all that the world sees what’s going on in the automotive industry and is taking notes.

It’s a wonderful thing to see, honestly. A country in the Middle East, which is a section of the world known for war, strife, and love for dirty oil, is embarking on a mission to create electric vehicles.