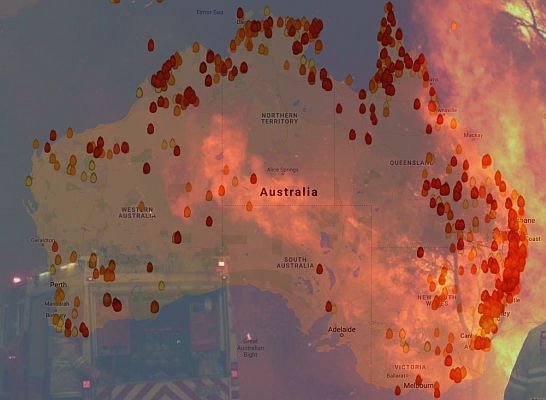 Between March 2018 and March 2019, Australia pumped 540 million tons of green house gases into the atmosphere from human-made sources, such as transportation and electricity.

But the wildfires raging in the nation have already released an estimated 900 million tons of carbon dioxide into the atmosphere — and by the end of the wildfire season, that number could top out at a billion tons.

That would mean emissions from the fires alone could be double, or even triple, Australia’s fossil fuel emissions this year.

Australia has been battling the wildfires since September, but given that the season typically doesn’t peak until January or February, the worst could still be ahead of the nation.

That makes it hard to predict the season’s total emissions.

A billion tons of emissions might not be impossible this wildfire season, but even more troubling is the possibility that it could become the norm in the future.

“If these runaway fires become more normal, we’re in for a very different world.”

Topics: Australia carbon emissions green house gas Wildfires
Previous Post Solar Array Can Increase Land Productivity By 60%
Next Post China To Phase Out Single Use Plastics By The End Of 2020