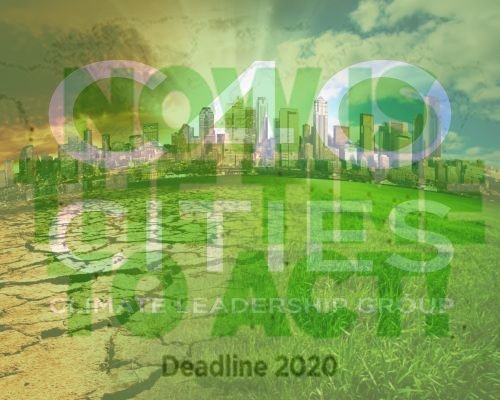 Climate crisis like the floods in Mozambique and Malawi, mudslides in Sierra Leona, droughts in Senegal and the Gambia, and flooding in Bangladesh and Nepal, and the wildfires in Australia have killed thousands. They have wiped away homes and communities, destroyed farms and crops.

Adaptation to climate change in developing countries is vital and it is a high and urgent priority for governments.

Cities have an important role to pay in addressing the climate crisis, and we often overlook the necessity of collaboration and knowledge sharing in order to drive meaningful, measurable and sustainable action on climate change.

A network of the world’s megacities committed to addressing climate change, C40 encourages more mayors and local political leaders to take ambitious action to secure the futures of their cities and citizens.

Thanks to C40, mayors of cities such as Chennai, Johannesburg and Tokyo are able to learn from each other on managing and mitigating urban flooding in their cities.

Coastal cities like New York, Shanghai, or Jakarta are also sharing knowledge on how to prepare for sea level rise or hurricanes or typhoons or other coastal storms.

“The fastest way for cities to take action is to get inspired by other cities and to learn from other cities’ successes and failures.”

Topics: Climate Change Floods mudslides Wildfires
Previous Post Coca Cola Will Keep Turning The Planet Into Cesspit, Because We Want…
Next Post “A 70% Improvement In Energy Efficiency Of Data Centers”