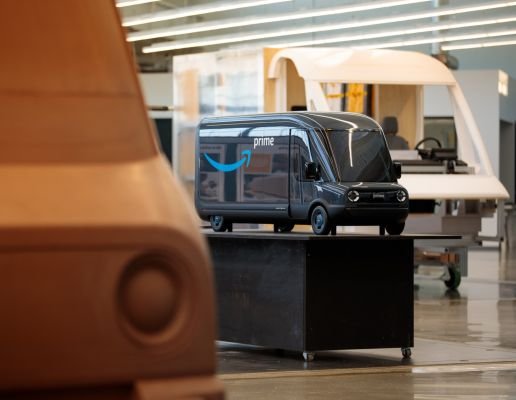 Amazon is new to the world of parcel delivery and initially opted for a fleet of diesel-powered Mercedes Sprinter vans for its Prime package deliveries.

Last-mile delivery involves a mind numbing number of starts and stops throughout the day and all those cycles take a toll on the efficiency of combustion engines.

On the other hand, electric vehicles handle the task with grace. The motor only moves when it’s time to move and operate at effectively the same efficiency throughout a trip.

That improvement in efficiency translates to lower fuel costs and as company was already clamping down across its entire supply chain to squeeze out every last penny, saving 50% or more on fuel with the potential to save even more on maintenance, it was simply too lucrative to pass up.

So Amazon dropped a few hundred million dollars into electric vehicle startup Rivian and just a few weeks later, dropped a bomb of an order. “100,000 units, that’s a large volume of vehicles.”

Amazon’s transportation team spent 18 months evaluating a variety of electric vehicle options to reduce its carbon footprint but they realized the best way forward was to create a new, custom electric vehicle to meet Amazon’s needs now and in the future.

The partnership with Rivian resulted in not one, but three different vehicles sized to suit the needs of Amazon’s delivery business.

The capacity of the battery pack can also be adjusted to meet the needs of the specific route being served on any given day.

The two companies see the massive order as a gamechanger not just internally at Amazon and Rivian, but across the broader landscape of last-mile delivery.