Hydrogen Seems To Have Lost The Rhine-Alps Corridor Race 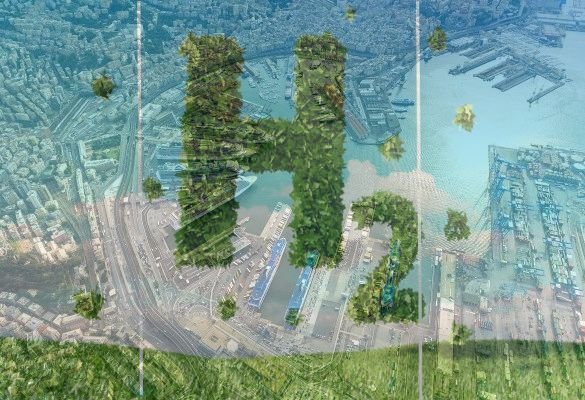 A new hydrogen initiative to make the route from Rotterdam to Genoa carbon-free by powering all vehicles with hydrogen fuel cell (HFC) technology. That route is known as the Rhine-Alps Corridor.

For the shipping on the Rhine, there was a good case to be made for Hydrogen (H2) powered cargo ships a few years ago — before some enterprising shipbuilders and ship owners started experimenting with battery electric. Contrary to popular wisdom, it worked.

The ambition of the new consortium is to build-

The Rhine is a very big transport road. It is the main cargo artery for Western Europe. There are thousands of ships traveling that river up and down.

To have about 1% using HFC by 2030 does not really make a difference. It indicates clearly a lack of ambition to have an impact. This is probably because they know the current limitations of HFC technology.

What is going to make a difference is more of the battery-powered ships of the type that are actually carrying cargo at the moment.

In 2018, there were more battery powered ships in operation than the HFC consortium hopes to have in 2024. More are being built.

Batteries have a 6 year lead on Rhine shipping over hydrogen fuel cells. The battery technology is ready now.

“When the market and technology are clear which alternatives are viable and which are not, the government should cut the losers loose. No more subsidies for hydrogen in transportation are warranted.”