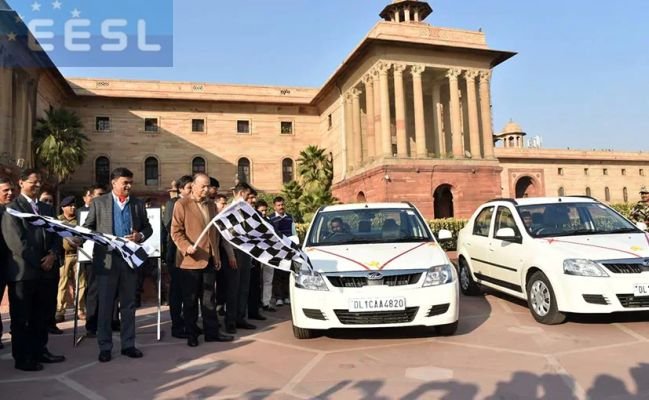 Energy Efficiency Services Limited (EESL) is looking to acquire 1,000 electric cars with range of at least 180 kilometers per charge. The company, which issued its first such tender in 2017, is currently on track to receive a total of 2,000 electric cars from Indian manufacturers.

Tata Motors and Mahindra & Mahindra have so far delivered 1,500 compact electric sedans with the balance of 500 cars expected to be delivered soon.

EESL was initially expected to procure as much as 10,000 electric cars for deployment at various government agencies. It had aggregated demand from the central government as well as various state governments, with a majority of demand coming from the southern state of Andhra Pradesh.

However, following a change in government, demand from the state is no longer available so they have moved on to private companies for deployment of electric cars.

The 1,000 electric cars to be procured under the latest EESL tender shall be deployed by fleet operators and cab aggregators.

This latest tender could not have come at a better time for EESL as well as manufacturers. A number of Indian and foreign manufacturers showcased electric cars at the recently concluded Auto Expo India 2020.

Among those likely to participant, or eligible to participate based on the range requirement, include Tata Motors with its updated models of Nexon EV compact SUV, Hyundai Kona, ZS by MG Motors, and XUV 300 EV by Mahindra & Mahindra.