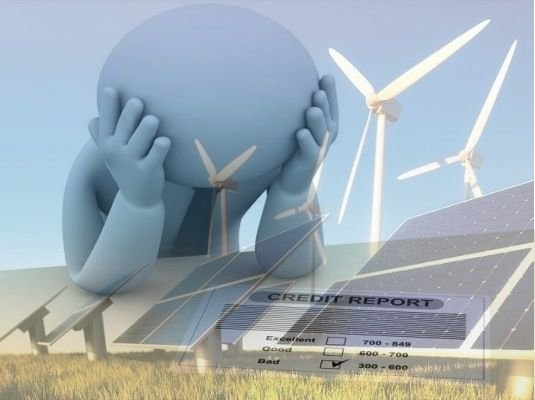 Renewable energy projects, which had cornered the bulk of private funding in the power sector over the last six years, could be facing a fresh wave of non-performing assets (NPAs).

There is renewed nervousness among banks that lending to renewable power utilities over the last five years could turn bad.

In a deposition before a Parliamentary panel, a senior government official flagged that “outstanding payments” due to renewable energy developers “is a very big issue and an issue of concern” and that “if the situation does not get improved, many solar and wind projects may turn into NPAs”.

In the power sector, the renewable energy sector witnessed significant FDI inflows of $3.22 billion over the last four years. This came alongside domestic investment leveraged mostly by bank funding.

So far, in the renewable energy sector there has not been a single instance of an investment turning bad.

The concerns stem from mounting payment dues of renewable energy generators, primarily as distribution companies (discoms) of states such as Andhra Pradesh, Tamil Nadu and Telangana have been falling back on payments for electricity contracted.

The dues were pegged at Rs 9,403.58 crore up to end-November 2019, with Andhra Pradesh, Tamil Nadu, Telangana, Karnataka and Rajasthan together contributing over 85 per cent of the total, according to data compiled by the Central Electricity Authority.

Delays have started to stretch beyond 12 months in some cases, effectively impeding the working capital flows for these companies and hindering their debt servicing capability — a warning sign for lenders.