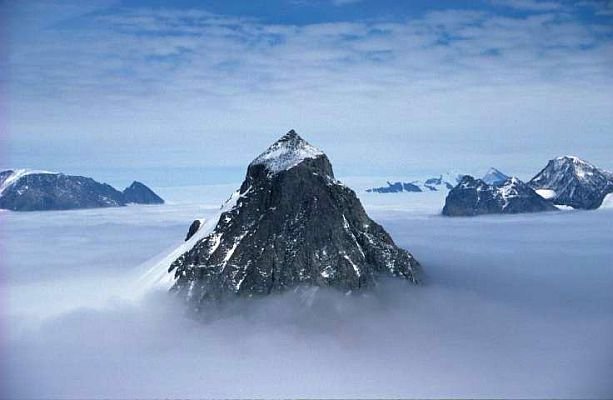 NASA images show a new side of Antarctica, an almost ice-free side. A research station in Antarctica recorded a temperature of 65 degrees on Feb. 6, believed to be the hottest day ever on the continent. Warmer than usual temperatures continued over the next week.

The gif image below tells a chilling story that is just heating up.

20% of the snow on one ice cap has melted in the heatwave between February 4th and 13th. These images were courtesy of the Operational Land Imager on Landsat 8.

They show a drastic before & after visual. Eagle Island was nearly covered in snow on February 4th. By the 13th, you can see that most of the snow has melted, revealing larges amounts of the landmass.

In that second photo, you also see a few light blue portions. These represent areas that are now turned into ponds due to the snowpack being saturated with water caused by the melting. The ponds soak up heat more than snow, which accelerates the melting process.

You see these kinds of melt events in Alaska and Greenland, but not usually in Antarctica.” This may soon change, since warm temperatures are happening more and more often in Antarctica.

The National Snow and Ice Data Center shows that some parts of the area have warmed up 4.5 degrees Fahrenheit since the ’50s.

“This one event in February is very significant because these events are coming more frequently. ”