Globally, Renewable Energy Is Growing At 8% Annually, For Last 6 Years 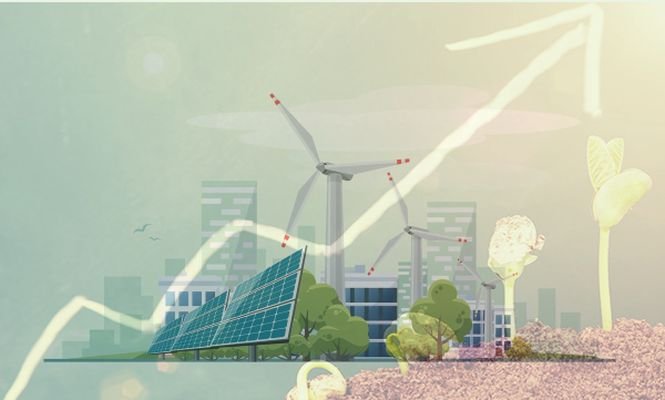 Renewable energy is growing faster than any other form of power, more than 8 percent annually for the past 6 years. This is happening in nearly every country, and for the same reason: renewables are increasingly cost competitive.

It has entered into a “virtuous cycle” meaning that the growth in demand for renewable energy is resulting in economies of scale which is further lowering the manufacturing costs and in turn, further increasing the demand for the renewables.

By far the strongest growth is in wind and solar. Globally in 2017, wind grew 10 percent and solar grew by 32 percent This continued many years of double-digit growth. They are reliable, inexpensive, and inexhaustible.

Tidal and wave power have tremendous potential but are yet to be proven at scale. The oceans contain enormous energy that can theoretically be harnessed. However, doing so has turned out to be costly.

In theory, nuclear could provide cheap and emissions-free power, but today’s power plants cost a multiple of wind and solar, despite efforts to develop better plants.

And that’s not taking into account the unpopularity of siting nuclear plants, or the challenges of disposing of nuclear waste.

Hydropower, on the other hand, is currently the largest single source of renewable energy, and is often cost competitive. But the primary problem there is that most of the world’s best rivers already have dams, leaving few growth opportunities.

Last year, hydropower grew by less than 2 percent. Although hydropower will remain an important component of the energy mix, but it’s unlikely to significantly replace fossil fuels, due to the limits on further development.

“The challenge of climate change is one of timing, in that the longer we put off reducing emissions of greenhouse gases, the greater the warming and the more difficult it becomes to stabilize the climate system.”