Recycling Plants Are Catching Fire Due To Lithium Batteries 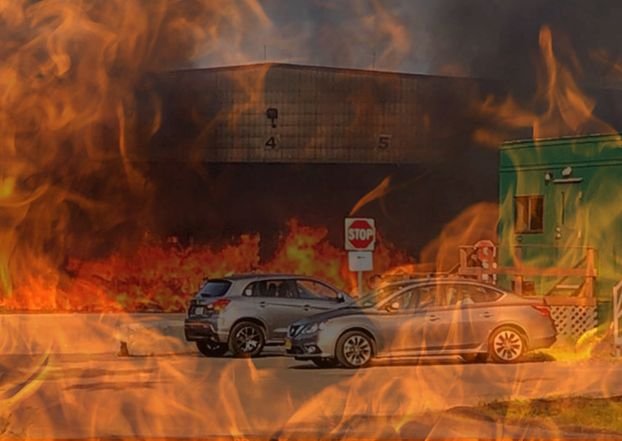 In December of 2016 a massive recycling plant in Texas caught fire and all the firefighters could do was keep the fire contained inside, watching it burn for 12 hours.

The fire’s likely cause? The company believes it was a lithium-ion battery, like the one in your cellphone or laptop.

As lithium-ion batteries power more and more of our electronics, they are ending up in our recycling bins, and recycling plants are battling hundreds of battery-caused blazes.

These batteries also have to be handled properly. If they get damaged, overheat, or short-circuit, a rechargeable battery will have what’s called a thermal runaway event, producing heat internally and getting hotter and hotter until it begins to smoke and then burn.

Other batteries, like the old-school alkaline triple As, might contaminate a load of recyclable material if they get crushed or damaged.

Lithium, on the other hand, burns hot and will quickly catch fire or explode.

Fires are not a new threat for the recycling industry but the worrying aspect is the increasing frequency. The number of fires at waste facilities across the United States and Canada increased by 26 percent from 2016 to 2019 — from 272 reported fires to 343, respectively.

Unlike other common fire threats to recycling facilities — including propane tanks, aerosol cans, and discarded fireworks — these batteries are small and often impossible to spot.

A lithium-ion battery in a singing greeting card or a discarded e-cigarette pen is enough to spark a flame. Among the huge piles of waste, they are also virtually invisible. Plant workers often can’t see them until it’s too late.

Most battery fires happen on that concrete “tipping floor” where collection trucks dump their loads. When they spill out of the truck into the open space, damaged batteries suddenly have the oxygen they need to start a fire.

That is why these batteries so never go in your home recycling. Instead, they should go to designated drop-off centers to be properly, and safely, disposed of or recycled.