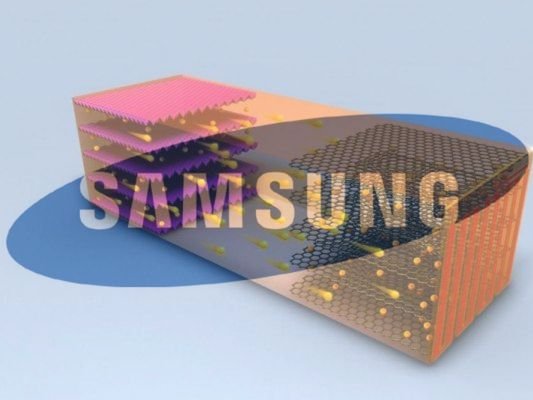 However, the lithium metal anodes that are frequently used in all-solid-state batteries, are prone to trigger the growth of dendrites which can produce undesirable side effects that reduce a battery’s lifespan and safety.

To overcome those effects, Samsung’s researchers proposed utilizing, for the first time, a silver-carbon (Ag-C) composite layer as the anode. The team found that incorporating an Ag-C layer into a prototype pouch cell enabled the battery to support a larger capacity, a longer cycle life, and enhanced its overall safety.

It also enabled them to make their prototype approximately 50 percent smaller by volume than a conventional lithium-ion battery.

The new battery is fire resistant as it uses solid materials and is Eco-friendly since no toxic chemicals have been added. It is 2.5 times more energy dense than its counterpart.

The team discovered that incorporating a silver-carbon layer into a prototype pouch cell enabled the battery to support a larger capacity, a longer cycle life and improves its overall safety.

For now it seems like Samsung is winning the race, as it has bought a market-ready prototype however the commercial launch is still sometime away.