V2G Could Use 1 Terrawatt Hours Worth Of EV Storage 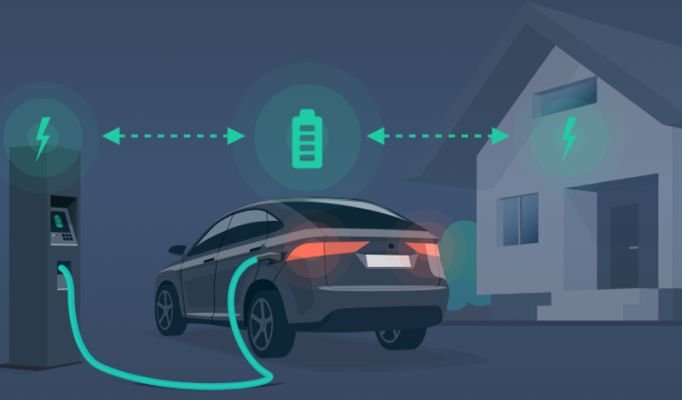 In theory, Electric Vehicle (EV) owners can allow utility companies to tap the stored electricity in their batteries via vehicle to grid (V2G) tech . The utility reimburses them for the electricity much the same way it pays customers with rooftop solar systems for any excess electricity generated and fed back into the grid.

Today, the only charging standard that theoretically supports V2G bi-directional charging is CHAdeMO, the charging protocol favored by Nissan.

German utility company E.ON is working with Nissan to develop V2G services. The CCS charging standard does not support V2G, although it could if changes to the protocol were made.

Like Nissian, Volkswagen also sees future in V2G. According to them by 2025 we will have 350 gigawatt hours worth of energy storage at our disposal through electric car fleet. Between 2025 and 2030 this will grow to 1 terawatt hours worth of storage.

That’s more energy than is currently generated by all the hydroelectric power stations in the world. And they feel this can be sold to the grid at times when supplies of electricity from wind and solar power are low.

Still, there are lingering questions as many believe –

While others feel why spend thousands of dollars for a 13 kWh Tesla Powerwall or other residential storage device when there is a 60 to 100 kWh battery sitting outside in the garage?

Clearly, the future of V2G systems is still unclear. However the concept makes a lot of sense but that doesn’t mean it is commercially viable — yet.