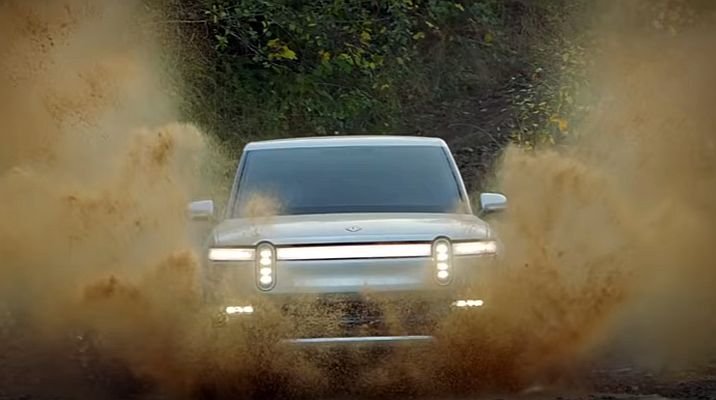 Rivian, the American electric start-up that has the potential to be even more influential than Tesla. The little-heralded electric car maker recently received a new round of funding, some $1.3 billion, and much of that came from two sources, Amazon and Ford.

You could hardly think of two companies that have had greater influence on our economic and social discourse at the beginnings of, respectively, the 20th and 21st centuries, and they are both putting their money into Rivian.

It’s not the first investment by either the car-making nor retail giant. Earlier in 2019, Ford had already invested €500 million in Rivian, while Amazon announced it was collaborating with the electric car maker on the development of a new electric delivery van and that it had already placed an order for 100,000 of these, with Amazon-liveried deliveries due to start in 2021.

The Rivian vehicles, based around a common “skateboard-like” platform, will come with a 105kWh battery stack with a nominal range of about 300km, or a huge 180kWh battery that can power the cars for more than 650km. That’s not the most astonishing part.

The astonishing part is that Rivian claims to be able to harness their electric motors’ low-down torque, and the cars’ all-wheel drive traction, to be able to accelerate from standstill to beyond 97km/h in 2.8 seconds. In other words, a pick-up truck and a big family SUV, both capable of towing more than 5,000kg of trailer weight, that can beat a Lamborghini away from the traffic lights.

From the inside out, Rivian has developed its vehicles with adventurers at the core of every design and engineering decision. However this company is yet to put its two models, the R1T pick-up and R1S SUV, into series production.