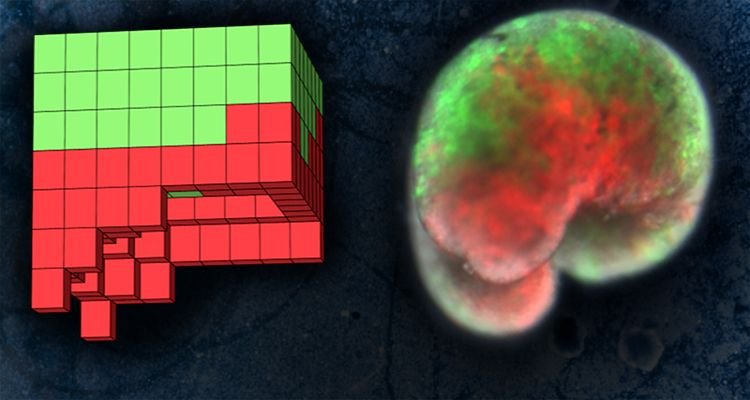 Xenobots represent a new fusion of biological life and robotics that defies any sort of conventional definition. Grown from the stem cells of the frog Xenopus laevis this new kind of robot live for about a week and are far simpler — biologically speaking — than other organisms, but the lab-grown, pre-programmed life forms represent a major step forward in the pursuit of living machinery.

Strictly speaking, these life-forms do not have sex organs — or stomachs, brains or nervous systems. They consist of about 2,000 living skin cells taken from a frog embryo.

Bigger specimens, albeit still smaller than a millimeter-wide poppy seed, have skin cells and heart muscle cells that will begin pulsating by the end of the day.

Xenobots, which were first brought to life back in January, can’t reproduce. Instead, computer scientists program them in a virtual environment and then 3D print their creations out of embryonic cells.

Xenobots are new but not without precedent. Part of their inspiration dates to 1994, when Karl Sims, the computer graphics artist, unveiled some of the world’s first virtual creatures.

Each entered existence in a simulation that approximated real-world physics. Each had a simple task to perform, like battling with another digital creature for control of a cube. And they could evolve over time.

“We are witnessing almost the birth of a new discipline of synthetic organisms. I don’t know if that’s robotics, or zoology or something else.”