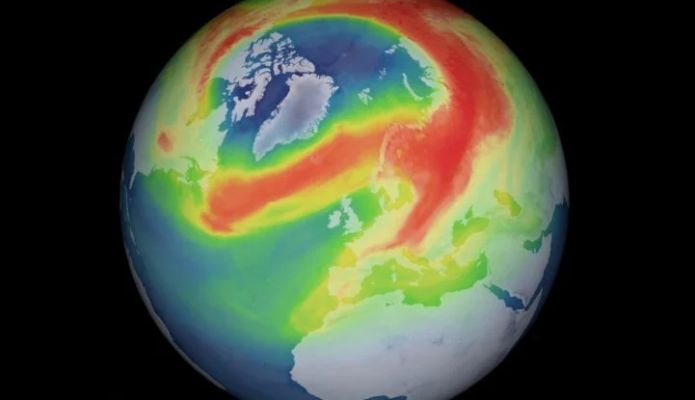 Just as we had gotten over rejoicing at the reports that the ozone hole above the Antarctic was apparently healing, we have some bad news. It turns out that a massive hole has opened up in the ozone layer above the Arctic.

The reason this time around seems to be the climate change which the Earth has been bearing for a while now. Apparently, the atypically cooler temperatures in the atmosphere above the north pole, for this time of the year, have led to this rapid depletion of the ozone in that region.

The hole, which has been tracked from space and the ground over the past few days, has reached record dimensions, but is not expected to pose any danger to humans unless it moves further south.

If it extends further south over populated areas, such as southern Greenland, people would be at increased risk of sunburn. However, on current trends the hole is expected to disappear altogether in a few weeks.

Low temperatures in the northern polar regions led to an unusual stable polar vortex, and the presence of ozone-destroying chemicals such as chlorine and bromine in the atmosphere – from human activities – caused the hole to form.

There were no direct implications for the climate crisis. Temperatures in the region are already increasing, slowing the depletion of ozone, and the hole will start to recede as polar air mixes with ozone-rich air from lower latitudes.

The last time similar conditions were observed was in spring 2011.