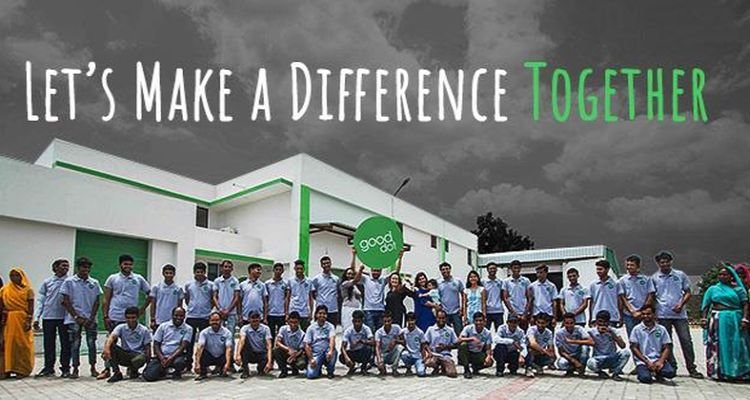 Plant-based meat companies are largely based in two continents: Europe and North America. But in places where alterna-meats could have the largest impact on health and the environment, there are very few options available.

One company working to change that is Good Dot, a startup making plant-based meats, as their website states, “in India, for India, by India.” The GoodDot team believes that the main reason why most people eat meat is its taste.

If a plant-based product could be created which not only tasted like meat but was an ethical, healthier, and environmentally sustainable alternative to animal meat, people would happily make the switch.

Founded in 2016, the Udaipur-based company makes meat alternatives out of soy, wheat, and pea protein. Its flagship product is a vegan mutton, and it also has a dehydrated plant-based “chicken” product and an “egg” scramble in its lineup. The company is also working on a shredded-chicken alternative.

As around 72 percent of Indians consume meat. In a country of 1.3 billion, that still leaves over 360 million vegetarians. Like most alterna-meat companies, however, Good Dot isn’t just targeting vegetarians.

Instead, it markets its products as an easy replacement that tastes as good as meat but is healthier for you (lower saturated fat, etc.) and better for the planet. Good Dot’s products are also shelf-stable, which means that people can store them for long periods of time (up to one year) without worrying about spoilage, as they would with meat.

Interestingly Good Dot’s “mutton” is at price parity to its traditional counterpart, and its vegan egg product is cheaper than traditional eggs. It sells its products through RCM, a direct selling company in India with 7,500 stores, as well as online via the Good Dot website and Amazon.

Good Dot currently has a team of around 120 people and has raised an undisclosed amount of funding from New Crop Capital, as well as angel investors.