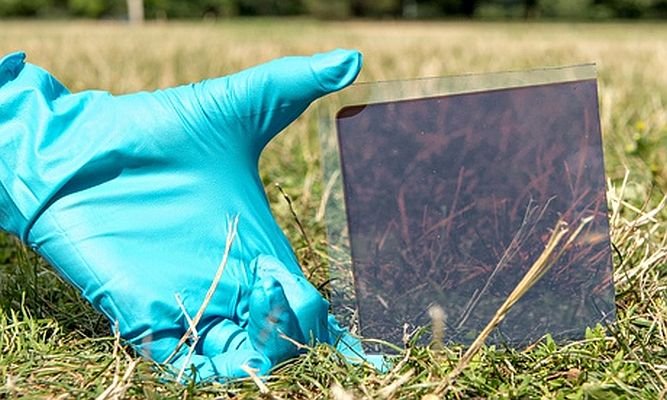 Just imagine how much solar electricity could be generated around the world if all the windows helped to power the buildings they were installed in. Researchers in Australia are hot on the trail of a new technology that could make solar windows a reality.

Their work with semi-transparent perovskite solar cells has resulted in new technology that permits a conversion factor — the ratio of how much sunlight is transformed into electricity — of 17%.

Before you dismiss that as too low to be of interest, keep in mind that many solar panels available today have a conversion factor of between 15 and 20% and aren’t transparent.

The new technology results in solar cells that allow 10% of the sunlight that strikes them to pass through to the interior of the building. However there is a trade-off. The more transparent they are, the les

s electricity they generate so that becomes something for architects to consider.

Solar windows tinted to the same degree as current commercial fittings would generate around 140 watts of electricity per square meter. That means roughly 2 square meters of window would perform the same job as a standard rooftop panel.

The technology will likely be used first in multi-story commercial buildings which typically use very large — and expensive — windows. Adding these windows will increase the total cost by a small percentage but then the building will start getting its electricity free.

When these might be available? Well that will depend on how successful scaling of the technology will be, but the aim is to get there within 10 years. The research is a collaboration between the Australian Research Council and Monash University in Melbourne.