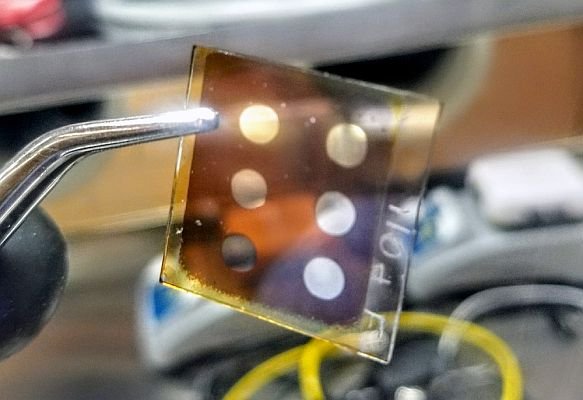 At Iowa State University, a research team is investigating hybrid perovskites that use inorganic materials like cesium in place of organics, a change that makes the cells stable at high temperatures.

They also developed a fabrication technique that deposits the many thin layers of perovskite material just a few billionths of an inch thick on top of a silicon wafer.

This vapor deposition technique is consistent, leaves no contaminants, and is already used in other industries so it can be scaled up for commercial production.

These perovskite solar cells show no thermal degradation even at 200 degrees Celsius (390 degrees Fahrenheit) for over three days, temperatures far more than what the solar cell would have to endure in real-world environments.

The team replaced the iodine commonly used in traditional cells with bromine, which made them much less sensitive to moisture — a common problem with hybrid perovskites.

But that lowered the efficiency of the cells to 11.8% which is significantly less than others hybrids which boost of 25% efficiency. The team is now trying to optimize this cell — thus make it more efficient at converting solar energy into electricity.