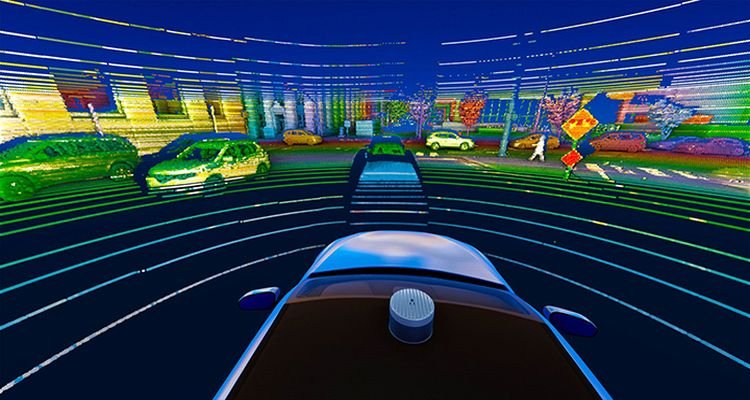 Tesla’s progress with artificial intelligence and neural nets has propelled its Autopilot and Full Self Driving solutions to the front of the pack. The secret sauce in Tesla’s ever-evolving solution is not the cameras themselves, but rather the advanced processing and neural nets they have built to make sense of the wide range and quality of inputs.

One new technique Tesla’s AI team has built is called pseudo-lidar. It blends the lines between traditional computer vision and the powerful point map world of lidar.

Traditional lidar-based systems rely on an array of lidar hardware to provide an unparalleled view of the world around the vehicle. These systems leverage invisible lasers or similar tech to send a massive number of pings out into the world to detect surrounding objects.

The computer then translates the points into a 3D representation and is able to identify other vehicles, humans, roads, buildings, and the like.

Tesla’s pseudo-lidar camera-based approach is much cheaper and easier to implement on the hardware side, but requires an insanely complex computer system to translate raw camera inputs and vehicle telematics into intelligence.

At a foundational level, the computer can identify lane markings, signs, and other vehicles from a series of sequential static images, also known as a video.

Tesla is taking computer vision to unprecedented levels, analyzing not just images, but individual pixels within the image.

Doing this over time replicates much of the functionality of a traditional lidar system, but requires a massive amount of realtime processing power for the image deconstructions to be of any use.

Thankfully, Tesla built its own hardware for the third major version of its autonomous driving computer and it was purpose-built to run Tesla’s code.

Achieving the functionality of lidar is important, as it unlocks all of the software solutions that were built to utilize inputs from traditional lidar systems.

If you do not have lidar, you can just use vision techniques and psuedo-lidar approaches along with an insanely complex computer system, to fill the gaps and that too at a very economical price point.