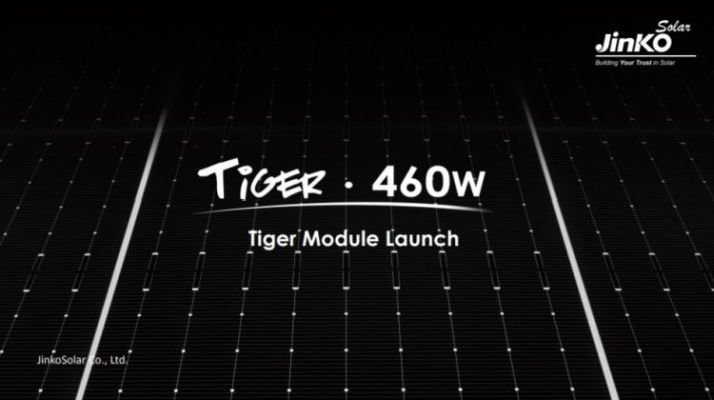 JinkoSolar launched a new module series on 16th May 20, which is led by its 78TW panel, which offers a record-setting 580 W of power output.

The panel is part of the company’s new Tiger Pro series, which includes two 530 W modules and a 430 W product for distributed-generation applications.

The two 530 W panels – dubbed the 72TR and 72HC – and the 60TR panel, which provides 430 W of output, for specific use in the distributed-generation PV segment.

Equipped with Jinko’s tiling ribbon technology, the products are based on monocrystalline PERC cells, with an efficiency of 21.4%. They are all available in mono and bifacial versions.

The products have been designed to respond to the high-quality demand of the industry and to reduce the LCOE of a solar power plant. The module designing also received the support of inverter manufacturers such as Huawei, Sungrow, SMA, Fimer and SolarEdge.

The Chinese PV module manufacturer plans to begin production of the new series in the fourth quarter of this year. “But will begin accepting the first orders from now.”