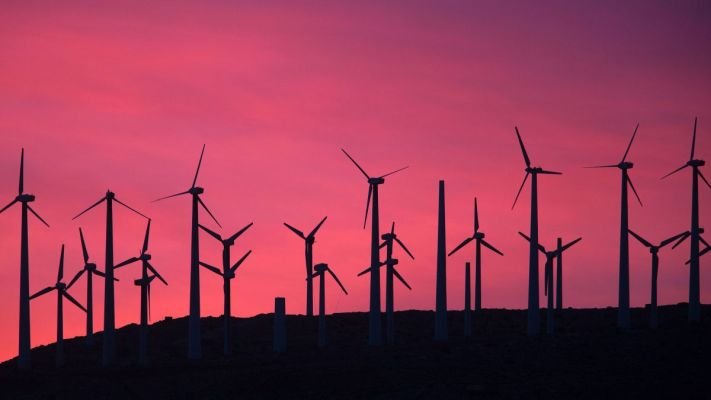 For the large Great Indian Bustard of the Rajasthan desert, the windmill – or the large wind turbine — is no imaginary enemy. Birds meet a bloody end trying to negotiate the high-tension wires and wind turbines in this region.

In a census in 2017-18 of the entire range of the Great Indian Bustard, it was estimated that there were about 129 birds left, with an error range of plus or minus 19. Scientists attempting to conserve this species worry that wind energy could sound the death knell for this large bird.

The wind park in Rajasthan situated close to Desert National Park, is now the largest in the world. The Great Indian Bustards are large and heavy birds; they fly at low heights, and the extensive cables of the grid here are hard for them to see and negotiate.

There have been several instances of birds – not just bustards – dying because of contact with high-voltage power distribution lines that form part of the grid.

The wind turbines stand on revenue land, over which the state forest department has no control. Wildlife Institute of India (WII) scientists have been picking up carcasses of birds from under the wind turbines and high-voltage wires, to arrive at an estimate of the number of birds killed.

Extrapolating the data, they estimate that 1,20,000 birds are killed after collision with turbines or power distribution lines each year in the Desert National Park and its surrounding area.

Wildlife conservationists have urged the government to shift underground the grid and transmission lines to reduce bird mortality.

The government has also asked wind firms to install bird diverters on turbines and wires, and to paint the top of the turbines orange so the birds can clearly see them.

There are other developments, too, that have made the Rajasthan desert less hospitable to these birds – farmers now cultivate crops like “guar”; the millets that were earlier cultivated were also food for these birds. Grazing livestock may also trample over the eggs, which lie in desert sands unprotected.