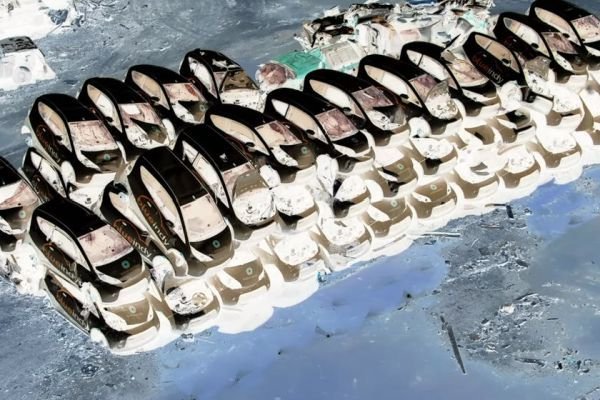 Back in 2015, the city of Indianapolis, Indiana initiated an electric vehicle sharing program called BlueIndy, but now the entire operation has been shut down because of slow business.

It was a revolutionary 100% electric self-service car sharing service in Indianapolis available 24/7.

The BlueIndy system was to be the largest electric car share service in the U.S.was suppose to be the part of the city’s transit strategy. Stations throughout Indianapolis were to offer the membership-based car share service as well as electric vehicle charging infrastructure for public use.

BlueIndy was a subsidiary of the Bolloré Group which is among the world’s 500 largest companies.

However, only 3,000 people signed up for the program over the past five years; with a city population of over 875,000, it’s understandable why it’s coming to an end.

The BlueIndy claims the project cost a grand total of $50 million. The city forked over $6 million while the Indianapolis Power & Light Company contributed $3.7 million with the installation of the underground wiring for the charging stations.

A total of 280 cars were part of the fleet and over 90 charging stations were set up. It was an ambitious program no doubt, but it simply failed to live up to expectations.

So, what’s to be done with the electric cars and the chargers?

The answer is towing the cars to the scrapyard.

Some of the cars with body damage are indeed being scrapped after the LMP batteries and key components/parts have been removed and stored.

Non-damaged vehicles have been placed in storage before being shipped to Los Angeles for that city’s own EV car-sharing program. The cars’ LMP batteries are being repurposed for other energy storage projects the company has in other locations.

But the cars’ shells remain and have since been stacked on top of each other. No decision has been made about what to do with the charging stations.