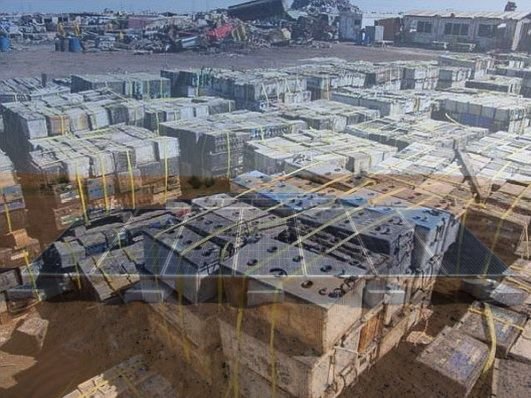 Fast-growing nations like India are expected to rapidly increase use of planet-warming fossil fuels, and so adoption of renewable alternatives could help to dampen the environmental and climate impacts as their economies expand.

The rapid and aggressive push for solar power in developing countries like India can have a frequently overlooked side-effect: Localized spikes in lead poisoning.

The problem, they say, is that a portion of solar panel installations in these countries will not be connected to the national electricity network—as they typically are in the U.S., U.K., and Denmark.

Indeed, while grid connectivity is reliable and rooftop solar installations don’t need lead batteries for on-site storage in many bigger Indian cities like Mumbai and New Delhi, in smaller towns, and remote rural areas—where off-grid solar activity is underway—the quality of connection to the national electricity grid is poor.

Many villages get electricity for only two or five hours a day, and the power supply from the grid is erratic and unpredictable, meaning that many solar projects in these areas continue to be heavily reliant on lead-acid batteries for storing unused solar power.

As in most developing countries, recycling of lead-acid batteries in India is also not adequately regulated to protect public health. This results in lead being released back into the environment.

While the impacts of prolonged lead exposure are extremely well known, those working in or living near recycling plants aren’t always aware of the dangers, which include higher risks of cardiovascular disease and high blood pressure.

The heavy metal can also cause damage to the kidneys, reproductive system, and the central nervous system. And while for adults, lead poisoning is one of the most significant hazards to occupational health, for children’s health, the risks are even higher.

“India’s certainly one of the worst countries in the world with regard to informal use of lead-acid battery processing, said Bret Ericson, a consultant with the U.N. Environment Program. “It’s one of the countries where the problem is most severe, particularly in the northeastern part.”