NASA’s Own Electric Airplane Being Brought To Life 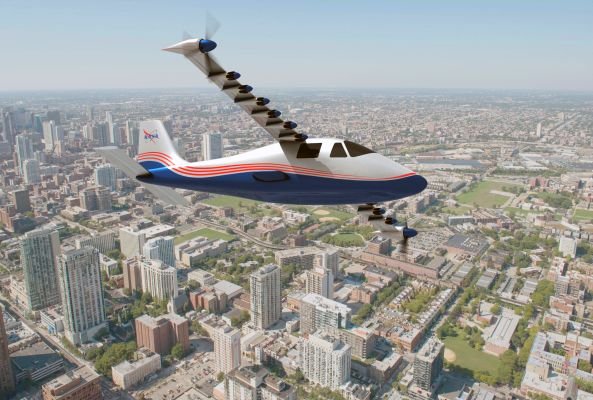 Electric aircraft technology testing at NASA’s Electric Aircraft Testbed began around 2016 when they received a modified Tecnam P2006T fuselage that would be used to build the X-57 (aka Maxwell).

Toward the end of 2019, more than 3 years later, NASA received the first full version of the X-57 Maxwell from Empirical Systems Aerospace (ESAero) of San Luis Obispo, California.

It was still based on the Tecnam P2006T, an Italian 4-seat twin engine light aircraft.

The first iteration had two 60 kW electric motors, but it was noted at the time that the final version of the electric airplane would have 14 electric motors and propellers, 12 of the motors being attached to the wingtips.

In March of this year, NASA published images of the final version of this electric 4-seater, Mod IV. The X-57, which is NASA’s first piloted X-plane in two decades, is seen here in its final all-electric configuration, known as Modification IV, or Mod IV.

This configuration will feature a skinny, high-aspect ratio wing, designed to boost efficiency by reducing drag in flight, and electric cruise motors with five-foot diameter propellers on the wingtips, to recover energy that would otherwise be lost to wingtip vortices.

One of the unique features of the X-57 Maxwell is the row of 12 “high-lift motors and propellers” that run along the wings of the plane. They help the plan take off at industry-standard speeds.

NASA is using the X-57 for is to help create certification standards for electric aircraft.