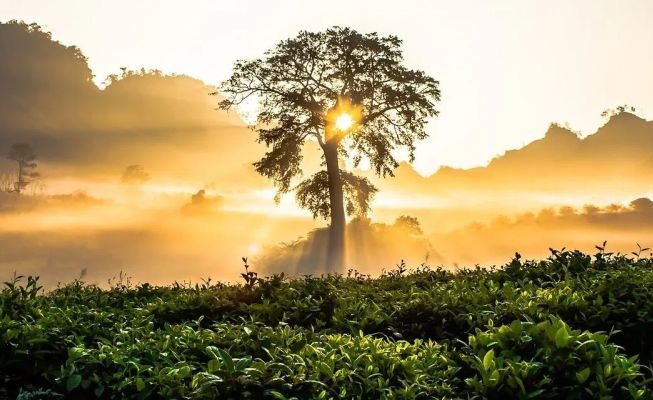 One of the world’s largest environment movements celebrated its 50th anniversary this April 22. But Earth Day Network (EDN) isn’t sitting on its proverbial laurels. Instead, it is working tirelessly to make this Earth cleaner, greener, and a better place to live.

After all, every day is Earth Day! Under its Canopy Project, for instance, Earth Day Network plants trees to benefit local communities, increase habitat for species, and combat climate change.

To realise its commitment to planting hope all over the world, Earth Day Network liaises with organisations that work at the grassroots and ensure maximum survival of saplings, while also encouraging people to nurture the trees organically, that is, not using chemical fertilisers, insecticides, or pesticides..

And this is where enterprises such as Sustainable Green Initiative (SGI) come into the picture. Founded in 2013, SGI has planted 1.5 million fruit trees all over India, in orphanages and old-age homes, institutional campuses, as well as farms and homesteads of marginal farmers.

Earth Day Network kicked off its planting activities in India early this year in February, along with United States-based reforestation non-profit One Tree Planted, in the villages of Saklana range in the Tehri Garhwal district of Uttarakhand.

That wasn’t all. As April 22, 2020, marked Earth Day Network’s 50th anniversary, One Tree Planted committed to helping plant 500,000 fruit trees across India during the monsoon planting season this year.

These trees will be planted in the land of marginal and small farmers in India. For these families, fruit trees will not only mean nourishment without spending a paisa, the harvest can also provide supplementary income for a positive social and economic impact.

Beyond the nutritional and social benefits of reforestation with fruit trees, this project will support cleaner air and help reduce the effects of climate change. Statistically, India’s air quality is among the lowest in the world, leading to pollution and health issues among the population.

Reforestation work began on 5th June, World Environment Day, 2020, and will be carried on in the states of Uttarakhand, Uttar Pradesh, Haryana, West Bengal and Odisha with the participation of local community.