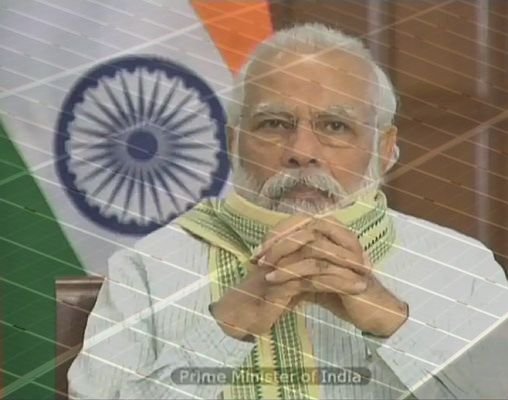 Prime Minister Narendra Modi dedicated the 750 MW Solar Project set up at Rewa, Madhya Pradesh, to the nation, on July 10. The project exemplifies India’s commitment to attain the target of 175 GW of installed renewable energy capacity by 2022.

The Project comprises of three solar generating units of 250 MW each located on a 500-hectare plot of land situated inside a solar park (total area 1500 hectare).

The Solar Park was developed by the Rewa Ultra Mega Solar Limited (RUMSL), a joint venture company of Madhya Pradesh UrjaVikas Nigam Limited (MPUVN), and Solar Energy Corporation of India (SECI), a Central Public Sector Undertaking. Central Financial Assistance of Rs 138 crore has been provided to RUMSL for development of the Park.

The Rewa Solar Project was the first solar project in the country to break the grid parity barrier. This project will reduce carbon emission equivalent to approx. 15 lakh ton of CO2 per year.

The project has also received World Bank Group President’s Award for innovation and excellence and was included in the Prime Minister’s “A Book of Innovation: New Beginnings.”

The project is the first renewable energy project to supply to an institutional customer outside the state, the Delhi Metro Rail Corporation (DMRC).

It will get 24% of energy from the project with the remaining 76% being supplied to the state discoms of Madhya Pradesh.