Natron Energy Gets $35 Million For Its Sodium-Ion Tech 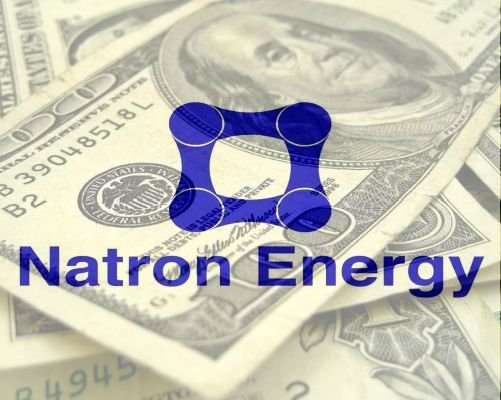 The leading sodium-ion battery developer Natron Energy, is poised to ramp up its data center and telecom business 10 times by 2021, thanks to a new $35 million round of funding from ABB Technology Ventures, NanoDimension Capital, and Volta Energy Technologies.

Two key advantages of sodium-ion technology are cost and sustainability, including the potential for using local bio-based sources in the battery manufacturing supply chain.

For example, researchers in Germany are exploring the use of local agricultural waste in sodium-ion energy storage chemistry.

Faster charging cycles and longer lifespan are another pair of benefits.

Among Natron Energy’s contributions to the field is the use of an iron-based, dark blue synthetic pigment called Prussian Blue. This is used in medicine, machine making, laundry, and now energy storage. It is inexpensive, nontoxic, and easy to produce at scale.

Sodium is abundant and inexpensive. The more interesting thing about using sodium to store energy in a battery is there is a much broader range of electrode materials. Li-ion needs special characteristics so there is a relatively narrow range. With sodium broader spectrum of applications

With Prussian Blue electrodes, the battery can fully charge and discharge sodium ions in just a few minutes.

Natron is also developing products designed from ground up to support electric vehicle fast charging. They’re going to put energy storage systems at the charging stations to provide a boost for fast charge, since you can’t get it from the grid.

Natron plans to expand its reach in a wide range of scale, from edge and distributed computing to massive data centers and telecom infrastructure. Large scale industrial applications are also part of the plan.