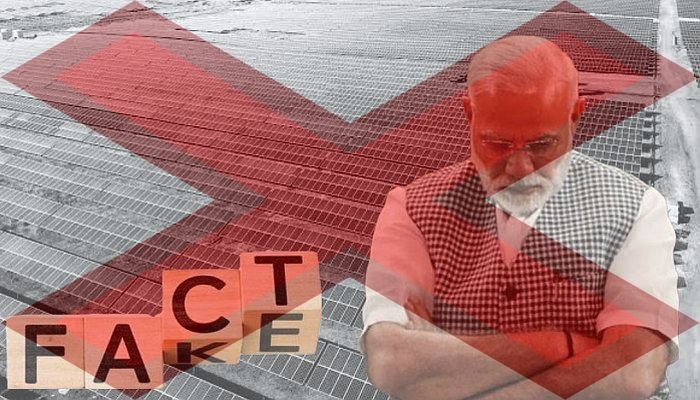 We also got carried away like so many others on the Prime Minister Narendra Modi’s claim that he is inaugurating Asia’s Largest Solar Project in Rewa, Madhya Pradesh.

However, on fact checking, this turned out to be FALSE.

Citing data from Bloomberg New Energy Finance, The Indian Express reports that there are nine solar plants that are bigger than the one at Rewa.

While it is one of the largest single-site solar power plants in India, it is not the largest in Asia.

The project has three units of 250 MW each. The process of reverse auction in bidding for projects was tried for first time in India for this project, with Mahindra Renewables, ACME Solar Holdings, and Solengeri Power emerging as the winners for the project’s three units at tariffs of Rs 2.979, Rs 2.970, and Rs 2.974, respectively, for the first year.