Extracting Lithium From Groundwater At Geothermal Installations Is Possible Now 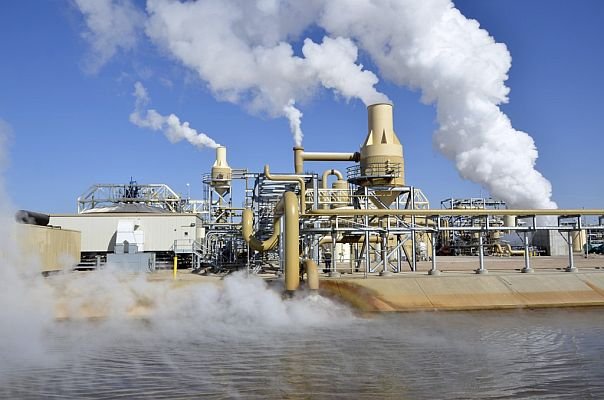 Scientists at the KIT Energy Center at the Karlsruhe Institute of Technology say there is enough lithium dissolved in the groundwater extracted by German geothermal heating and electricity installations to meet the needs of most if not all of the battery manufacturers in the country.

There can be up to 200 milligrams per liter of lithium in the groundwater. If this potential is used consistently, one could cover a considerable part of the demand for lithium in Germany.

The geothermal plants use several billion liters of groundwater a year, which means each one could produce hundreds of tons of lithium annually.

Currently, there are 34 geothermal energy plants operating in Germany and around 30 more are planned.

In the first step, the lithium ions are filtered out of the thermal water and in a second step, they are further concentrated until lithium can be precipitated as a salt. The lithium precipitate is produced in only a few hours.

KIT has applied for a patent. A pilot “proof of concept” program is taking place at one geothermal facility. If it proves successful, a larger commercial scale installation will follow.

The implications of this discovery are enormous.

Today, Germany has a number of battery factories in operation or under construction to supply the needs of its domestic auto industry.

BASF announced last year it was building a new factory in Brandenburg, not far from the new Tesla factory. CATL is constructing its first European factory in Erfurt.

Concerned about Asian companies dominating the supply of batteries for its automakers, Germany has earmarked €2 billion to encourage German companies to build battery factories in the country.

A local source of lithium would provide a big boost to those plans since currently it is being imported mostly from Chile, Argentina, and Australia.

Developing a supply within Germany would be an important step forward in avoiding any of the supply issues that can arise when the primary source of a critical element is half a world away.