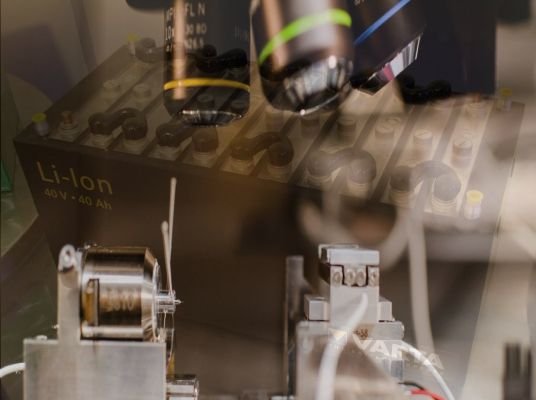 The bane of battery scientists are little things called dendrites — little spikes of lithium that can pierce battery cells and lead to fires or explosions. Dendrites are one of the primary reasons battery researchers are struggling to invent solid state batteries, which are less likely to be adversely affected by them.

But there may be a better, easier way to deal with the dendrite problem. Researchers at the Lawrence Berkeley National Laboratory claim the way to conquer the dendrites is a new class of soft yet solid electrolytes made from both polymers and ceramics.

These electrolytes suppress dendrites before they can propagate and cause the battery to fail.

The key to the design of these new soft, solid electrolytes is the use of soft polymers of intrinsic microporosity, or PIMs, whose pores were filled with nano-sized ceramic particles.

Here’s the important part. Because the electrolyte remains a flexible, soft yet solid material, battery manufacturers will be able to manufacture rolls of lithium foils with the electrolyte as a laminate between the anode and the battery separator.

These lithium-electrode sub-assemblies, or LESAs, can be drop-in replacements for conventional graphite anodes, allowing battery manufacturers to use their existing assembly lines.

Pursuant to the ARPA-E IONICS program, 24M Technologies has already integrated these soft but solid materials into larger format batteries that could be used in EVs or electric vertical takeoff and landing aircraft.

The Lawrence Berkeley research solves the brittleness problem with the soft solid electrolytes and the best part is it is almost production-ready.