Amazing -70% Of Tigers Live In India 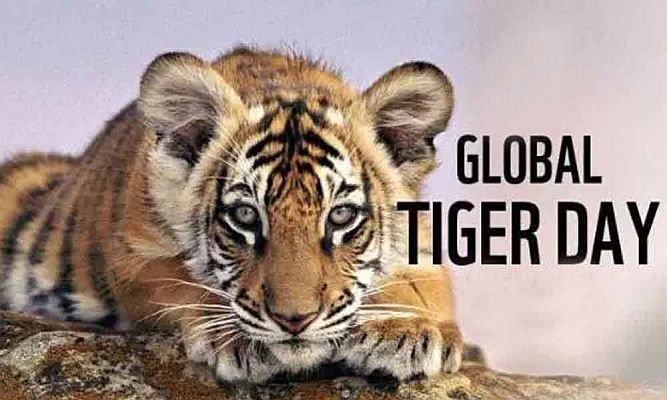 A detailed report of Tiger Census was released by Union Environment Minister, Shri Prakash Javadekar, on the eve of of Global Tiger Day in New Delhi yesterday.

The Minister said, despite several constraints such as less land mass, India has eight percent of bio-diversity because our country has a culture of saving and preserving the nature, trees and its wild life.

Noting that wildlife is our natural wealth, Shri Prakash said, it is praise worthy that India has 70 percent of world’s tiger population. The Minister mentioned, India is tirelessly working with all 13 range countries towards nurturing them.

The Ministry is working on a program in which efforts would be made to provide water and fodder to animals in the forest itself to deal with the challenge of human-animal conflict which is causing deaths of animals.

For this LIDAR based survey technology will be used for the first time. Lidar is a method for measuring distances by illuminating the target with laser light and measuring the reflection with a sensor.

With the presence of nearly 30 percent of India’s tigers outside reserves, India had embarked upon assessing management interventions through the globally developed Conservation Assured | Tiger Standards (CA|TS) framework, which will now be extended to all fifty reserves across the country.

The detailed report of the 4th All India Tiger Estimation is unique in the following ways;

The Heads of the Governments of Tiger Range countries at St. Petersburg, Russia, had resolved to double their numbers across the global range by 2022 by signing the St. Petersburg declaration on tiger conservation.

Topics: global tiger day LiDAR prakash javadekar tiger population
Previous Post BIPV Would Be Mainstream Markets In The Near Future
Next Post Deforestation – 90% Chance That Civilization Will Collapse In Next 20 Years