Blue Light From Smart Gadgets Can Lead To Blindness 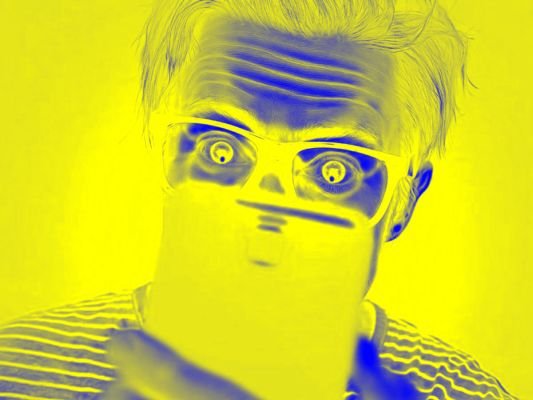 By now most people know that the blue light emitted from our beloved smart gadgets is keeping us awake at night. However, what most people don’t know is that, when it comes to this light, insomnia might be the least of our problems.

In recent years scientists have linked overexposure to this color light to a number of different health issues, including things like blindness, obesity, and even cancer, just to name a few.

According to a study, overexposure to blue light triggers a chemical reaction in the eye that produces poisonous molecules that kill photo-receptors in the retina. So in other words, blue light poisons our eyes.

Over time this poisoning process causes macular degeneration, blind spots, and other forms of vision impairment.

According to Harvard Medical School, there are numerous studies that suggest this light might be playing a causal role in cancer, obesity, heart disease, and diabetes.

On average, we’re spending 17 hours a day looking at phones, laptops, TV screens, and video games. If you assume an average adulthood of 60 years, it means the average person will spend 44 years of their life staring at a screen.

But here’s the good news. You don’t have to quit your job, throw your cell phone in a river, and go live in the mountains to protect yourself from blue light.

All you need to do is get yourself some stylish blue light blocking glasses from Swanwick.

Swanwick was founded in 2014 by a pair of brothers from Australia who’d been suffering from insomnia for years. After reading about the effects blue light has on the human sleep cycle, the first products they developed were nighttime blue light blocking glasses so that melatonin production is not affected, and your circadian rhythms are not disturbed.

Designed to be worn when looking at screens only at night, Night Swannies block out the full spectrum of blue light, including the 450-480nm wavelength that suppresses melatonin production.

The science is pretty clear when it comes to the danger of blue light. Millions of people are poisoning their eyes every single day.

This is PRwire Feed; edited by Clean-Future Team