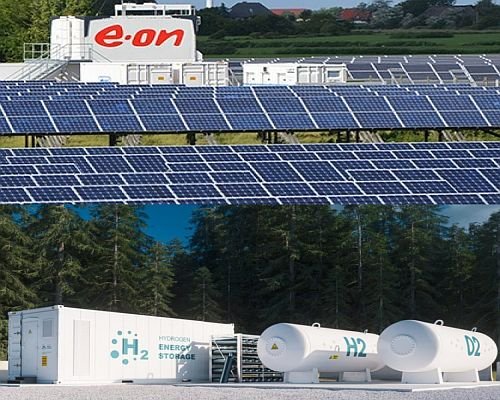 Germany’s E.ON and Thyssenkrupp will make hydrogen available to the wholesale power market by pooling the output of 150 small electrolysis plants, the companies announced on Tuesday.

The utility and a plant building arm of the conglomerate have formed a venture that will use a virtual power plant (VPP) to pool some 600 megawatts (MW) of power from electrolysis units in Germany and Britain, they said.

The system has been tested at a 2 megawatt (MW) pilot plant in Duisburg and is ready to be for scaled up.

Germany and the European Union are pushing hydrogen as a clean fuel to meet climate targets via electrolysis in a process that passes electricity from wind and solar sources through water to extract carbon-free hydrogen.

The operating principle of E.ON’s VPP is to shut down hydrogen output at the plants at times of high power demand, allowing green power to flow to consumers as now, and, conversely, to raise hydrogen production if there is surplus power.

Electrolysis producers can thus market their flexibility to consumers via E.ON’s online platform.