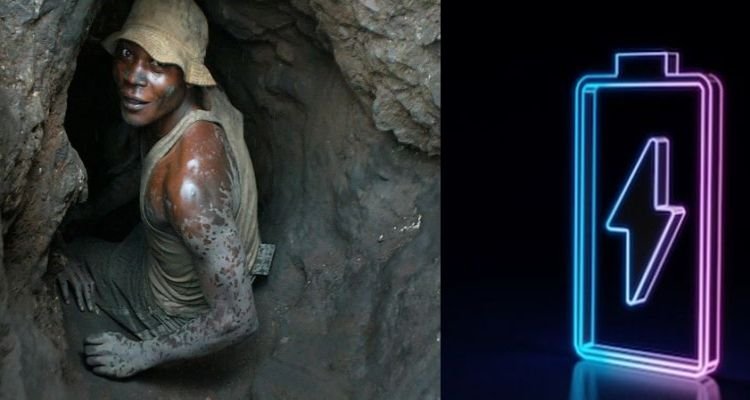 Demand for Electric Vehicles (EVs) is set to soar, as government policies subsidize the purchase of EVs to replace the internal combustion engine and as owning a “clean” and “green” car becomes a moral testament to many a virtue-signaling customer.

Yet, if one looks under the hood of “clean energy” battery-driven EVs, the dirt found would surprise most.

A recent United Nations report warns that the raw materials used in electric car batteries such as cobalt, graphite, lithium, and manganese; are highly concentrated in a small number of countries where environmental and labor regulations are weak or non-existent.

Thus, battery production for EVs is driving a boom in small-scale or “artisanal” cobalt production in the Democratic Republic of Congo which supplies two thirds of global output of the mineral.

These artisanal mines, which account for up to a quarter of the country’s production, have been found to be dangerous and employ child labor.

Mindful of what the image of children scrabbling for hand-dug minerals in Africa can do to high tech’s clean and green image, most tech and auto companies using cobalt and other toxic heavy metals avoid direct sourcing from mines.

For instance, Tesla inc. which buys as much as 6,000 tons of cobalt annually from Swiss-based Glencore Plc who has assured buyers that no hand-dug cobalt is treated at its mechanized mines.

The environmental and social impact of vastly-expanded mining for these materials — some of which are highly toxic when mined, transported and processed – in countries afflicted by corruption and poor human rights records can only be imagined.

The clean and green image of EVs stands in stark contrast to the realities of manufacturing batteries and should seem apparent to all but, alas, there are none so blind as those who will not see.