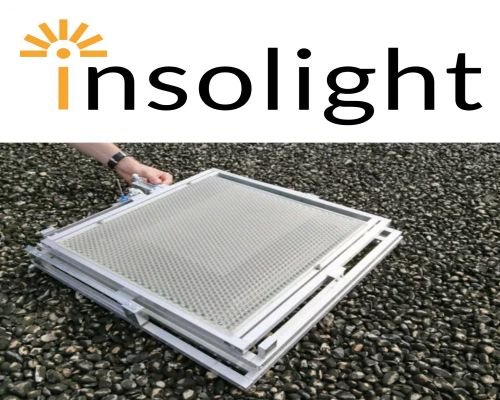 Swiss start-up Insolight has raised €4.6 million to bring its concentrating PV (CPV) module technology to commercial production. The panels have a claimed efficiency of 30% and power output of 160 W.

Insolight said it will use the cash, plus €10 million granted by the European Union, to bring its CPV module technology to commercial production.

Originally conceived for rootop solar, the product is now being recommended as an interesting option for agrivoltaic projects.

Initial goal is to provide the same LCOE [levelized cost of energy] as other agrivoltaics solutions while providing additional agricultural benefits. The cost is projected to be below $0.35/Wp [€0.297] for [a] 100 MWp scenario.

The product spec states the CPV panel has a 30% efficiency and power output of 160 W at standard conditions of 25 degrees Celsius and 1,000 W/m2 irradiance.

The Insolight product can reportedly operate with maximum system voltage of 500 V and at temperatures ranging from -40 to 85 degrees Celsius.

The 1,141x595x50mm module weighs 20 kg and, according to its developer, is as easy to install as conventional solar panels. Its connector is MC4-compatible and its junction box has an IP 67 rating.

The Insolight panel relies on expensive III-V multi-junction solar cells from an undisclosed manufacturer. The cells cover only 0.5% of the panel surface and are covered with protective glass and optical lenses to concentrate and direct sunlight onto them at around 100 times the intensity of standard solar glass.

They are currently setting up the production of the first 1,000 units for pilot purposes, with industrial partners.