Coca-Cola Is Inching Towards Sustainable Packaging 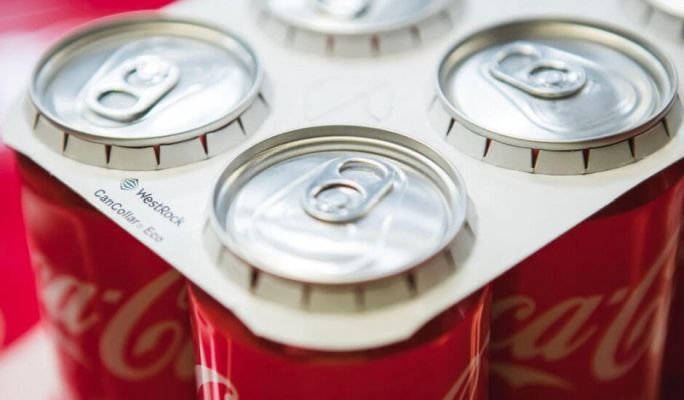 Coca-Cola European Partners (CCEP) has announced the introduction of CanCollar, a paperboard packaging solution, for multipack cans that is sustainable, recyclable, and set to keep more than 18 “tonnes” (about 20 tons) of plastic from ending up in the world’s oceans each year.

Developed in collaboration with American corrugated packaging company WestRock, the CanCollar uses no glue or adhesives, keeping its total carbon footprint (and cost!) to a minimum.

The move could be seen as something of a response to criticisms Coca-Cola took earlier this year, when Bea Perez, head of sustainability for Coca-Cola, refused to commit to a reduction in the company’s production of single-use plastic bottles while putting the blame on consumers who, she argued, would turn away from Coke’s products if it weren’t for the convenience of the lightweight, re-sealable bottles.

According to the BBC, those “convenient” bottles add up to some 3 million tonnes of plastic trash per year — that’s 200,000 bottles every minute.