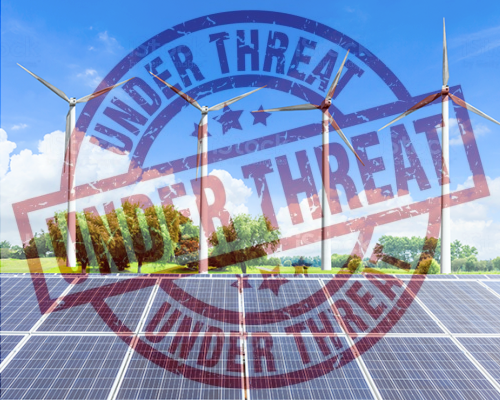 Nearly a third of the 23,600 megawatt (MW) renewable power projects, won by various players after quoting the lowest rates in reverse auctions conducted by the Solar Energy Corporation of India (SECI) for inter-state transmission system (ISTS), are staring at an uncertain future as the agency has not yet found buyers for electricity from these solar/wind power generation units.

Most of these are under-construction units; only 2,200 MW of the awarded capacity has been commissioned till date.

Project developers also grapple with other issues such as unavailability of land and inadequate power transmission infrastructure, leading to inordinate delays.

The investments involved in the stuck projects with combined capacity of 8,000 mw is roughly Rs 36,000 crore at Rs 4.5 crore per MW.

According to data compiled by the Central Electricity Authority, SECI has not been able to sign PSAs with any state discom for 5,840 MW of solar and 920 MW of ISTS wind power projects.

SECI being the national aggregator of renewable energy, signs power purchase agreements (PPAs) with the winning developers in competitive auctions, and subsequently inks PSAs with states to supply electricity from these plants.

In fact, as much as 1,665 MW of renewable power projects (Acme: 600 MW, Torrent: 500 MW, Mytrah: 300 MW and ReNew: 265 MW) have sought to terminate their PPAs, frustrated by delays caused by other parties, in spite of SECI finding buyers of electricity from these projects.

The impact of the coronavirus outbreak on the supply chain has also been cited as a cause of the demand for PPA cancellations.

While a section of the industry has blamed discoms for not signing PSAs in the hope of better deals in the future, experts have also pointed that SECI has conducted many auctions without assessing the states’ appetite for such unreliable and intermittent sources of power.