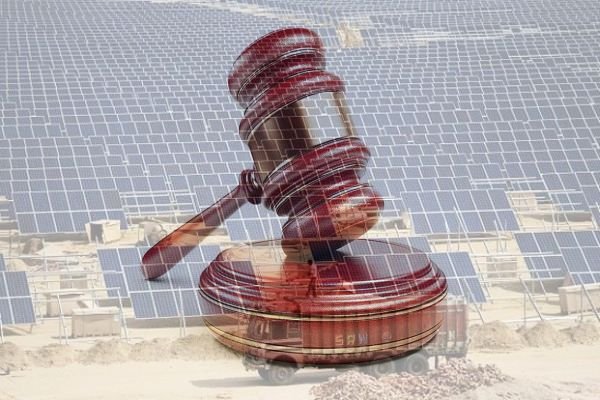 The Rajasthan High Court on Tuesday temporarily stayed an Adani group’s joint venture project with the state government for building a 1500 MW solar energy park near Pokhran in Jaisalmer.

A Jodhpur bench of the high court, while staying the project, also sought the Rajasthan government’s stand on a petition by local farmers challenging the allocation of nearly 990 hectares of agricultural land to the private business house for executing the solar energy project.

Status quo has to be maintained in connection with the land allocated to the project executants, said the bench, while also seeking the Adani business group’s stand on the farmers’ petition, challenging the high court’s single-judge bench order, giving a go-ahead to the project.

The Rajasthan government had in 2018 allocated a total of 6,115 bighas (989.50 hectares) land in Nedan village of Pokhran tehsil to AREPRL for executing a 1500 MW solar energy power project at the cost of Rs 13.48 crore.

The allocation of the land has been challenged by Nedan villagers, questioning the allotment of the agricultural land for the power project after changing the nature of the land to barren one.

The petitioner also challenged the allotment of the land for executing a power project contending that it will have a fatal impact on the conservation of the Great Indian Bustard (GIB), the state bird of Rajasthan.

The land had been allotted to the company in violation of many laws and bye-laws in January 2018 for the establishment of the solar energy park.