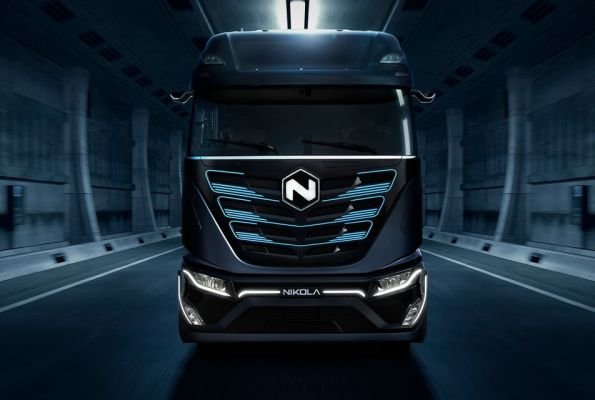 Nikola founder and executive chairman Trevor Milton is stepping down from the company’s board of directors after allegations that the zero-emission vehicle start-up misled investors.

The electric truck startup Nikola has been under intense scrutiny after a report claimed the company had engaged in “lies and deception.”

On September 10th, shortly after GM announced it would be taking an 11 percent stake in Nikola, short-selling firm Hindenburg Research released a report titled “Nikola: How to Parlay An Ocean of Lies Into a Partnership With the Largest Auto OEM in America.”

Hindenburg accused the company of exaggerating the progress of its technology, in particular claiming that the company had staged a video showing one of its trucks cruising down a hill.

It says Trevor had an artist stencil “H2” and “Zero Emission Hydrogen Electric” on the side of the Nikola One despite it having no hydrogen capabilities whatsoever; it was built with natural gas components.

Nikola called the report “false and defamatory” and said that it contained “dozens” of inaccurate statements.

Interestingly, it did not dispute that it staged the video showing the truck as functional, however, but it said that it had described the truck as being “in motion” rather than “under its own propulsion.”

It claimed that Hindenburg was attempting to use its report to negatively manipulate the market.

The Securities and Exchange Commission is reportedly examining the company and the US Department of Justice is also making inquiries.

Nikola went public on June 4th, and soon the company’s stock surged so high that the company was valued higher than Ford, Bloomberg notes. Originally founded back in 2015, its primary focus is on making zero-emission big rigs that use hydrogen fuel cell technology.