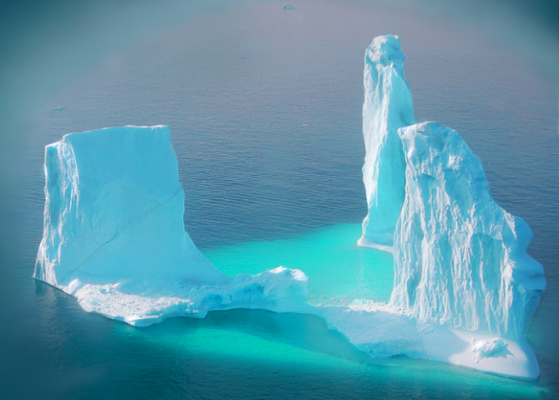 Arctic ice is rapidly melting due to global warming, and that’s really bad news for the entire planet. Without its shiny ice, the Arctic reflects less sunlight, further heating up and melting even more ice in a vicious cycle.

To protect what ice is left — and hopefully redevelop the ice we already lost — a Stanford engineer named Leslie Field wants to sprinkle glass across the entire Arctic in order to restore all of that lost reflectivity.

Field launched the Arctic Ice Project — formerly known as ICE911 — in 2008, soon after watching the climate change documentary An Inconvenient Truth, which convinced her of the urgency of doing something about the melting sea ice.

In particular, it’s the fate of old, thick sea ice that worries her the most – the kind that lasts multiple years.

This mature ice, dazzlingly white, has a high albedo, meaning it’s extremely good at reflecting sunlight – much more so than the thinner and darker young ice that forms each polar winter only to melt again during the summer.

Yet over the past 33 years, that ice has dwindled by a staggering 95%.

The team decided to cover the Arctic ice in tiny, reflective silica beads which allowed the ice to stays frozen longer thanks to the extra protection and reflective properties.

Field demonstrated that the tiny glass beads are safe for fish in the area, and are too big to be inhaled by people.

But other experts worry that this action could block critical sunlight for photosynthesizing plankton, which serves as the base level of the food chain in the Arctic, or even confuse and starve the plankton’s predators.

To this Field argues that life can always adapt over time — and that urgent action is needed to protect the planet and this is the best plan in site as of now.