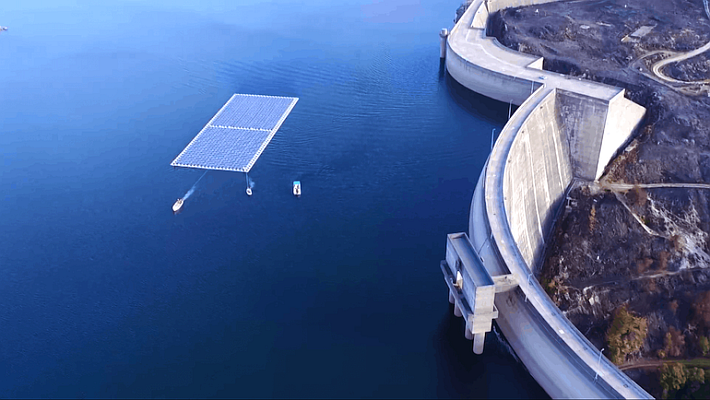 If floating solar panels are deployed on the more than 379,000 hydro reservoirs globally, the resultant hybrid systems could generate anywhere from 16% to 40% of the world’s demand for electricity.

In a press release, the National Renewable Energy Laboratory (NREL) says adding floating solar panels to bodies of water that are already home to hydropower stations could produce as much as 7.6 terawatts of potential power a year from the solar PV systems alone.

In comparison, global final electricity consumption was just over 22,300 terawatt-hours in 2018, the most recent year for which statistics are available, according to the International Energy Agency.

One of the factors that make a combination of floating solar and hydropower appealing is that the solar side of a hybrid facility can tap into the existing transmission infrastructure that already exist at a hydroelectric site.

Another benefit is putting solar panels over an area that has few competing uses. There are no trees to cut down or fields to re-purpose.

That alone should simplify the permitting process compared to a conventional ground mount solar system that may create land use issues.

Other advantages include allowing hydropower operators to conserve water during dry seasons while keeping electricity flowing from the site to the grid.

Floating photovoltaics (PV) remain a nascent technology in the United States, but their use has caught on overseas where space for ground-mounted systems is less available.

So far, only a small hybrid floating solar/hydropower system has been installed, and that is in Portugal.

However, some researchers think that 40% number is more than a little optimistic. They suggest the number should be closer to 16% than 40% because they feel there are variables that need to be researched first, such as how solar panels respond to the stress of being on the water.