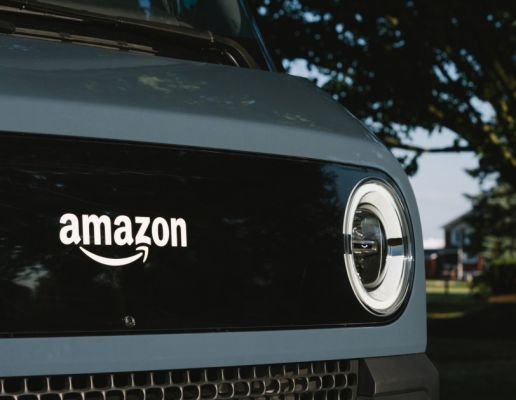 Amazon has revealed the first of three customized electric delivery vehicles to be built by Rivian. The company says it expects to have 10,000 of them in service by 2022 and a total of 100,000 plying the highways and byways of North America by 2030.

It’s all part of Amazon’s Climate Pledge, which commits the company to being carbon neutral by 2040.

According to an Amazon blog post, the new van is an innovative design that involves far more than just a battery and an electric motor.

Here’s a list of features it claims it couldn’t get from any traditional delivery van manufacturer:

According to the company, drivers will be so excited about the new  electric vans, they will use the “dance floor” in their vehicles to do the tarantella while they make their deliveries. Specs about batteries, range, charging speeds and so forth will have to wait for another day.

The traditional delivery van is dead. Long live the new delivery van as imagined by Amazon and Rivian, neither of whom had ever built an actual motor vehicle before.

Amazon currently operates hundreds of electric vehicles worldwide and has invested in electric vehicle charging stations for its partners to use, with plans to expand this infrastructure.

In the EU, Amazon also uses e-cargo bikes for deliveries in some urban centers and operates 200 e-cargo bikes in the New York City area.

The “Doomsday Glacier” Is Melting At An Unprecedented Rate…