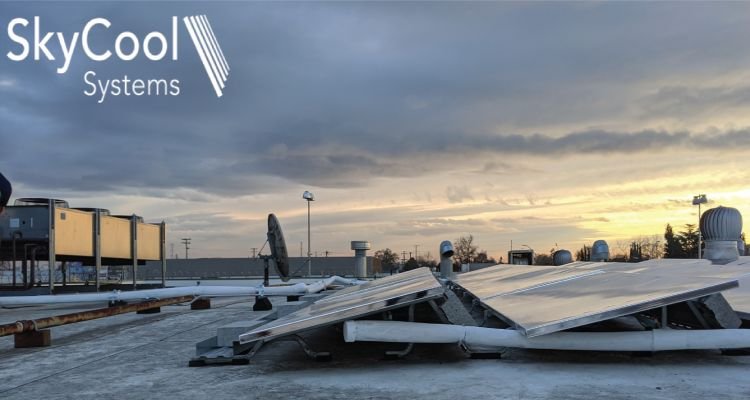 Researchers at the University of California at Los Angeles want to use ‘Outer Space’ as a cooling system i.e. take advantage of the physics that allows water to turn to ice in the desert to help the Earth shed some of the excess heat. This phenomenon is know as radiative cooling.

The team has developed a thin, mirror-like film engineered to maximize radiative cooling at the molecular level. The film sends heat into space while absorbing almost no radiation, lowering the temperature of objects by more than 10 degrees even in the midday sun.

This film is crafted from many microscopic layers. The thickness and composition of these layers were designed to interfere with the way different wavelengths of light travel.

Incoming solar radiation would rebound right back into space but outgoing thermal radiation would bounce around between the layers with only the desired infrared wavelengths able to escape.

When incorporated into buildings, it can help cool pipes and panels and may even replace air conditioning in some instances.

The tam has created a new company called SkyCool to commercialize their technology.

Today, people and businesses around the world rely on air conditioning based cooling system to cool their personal spaces but the electricity needed to run all those billions of air conditioners accounts for about 7% of all carbon emission.

As the world gets  hotter, more air conditioning will be needed, which in turn will create more emissions and more heat.

SkyCool’s mission is to break that cycle and allow the people of the world to cool off in a way that is efficient and affordable.

It requires no electricity and no special fuel — just a clear day and a view of the sky. The quest now is to make the materials more efficient and less expensive so they will be accessible to more people and businesses.

“It sounds improbable but the science is real.”