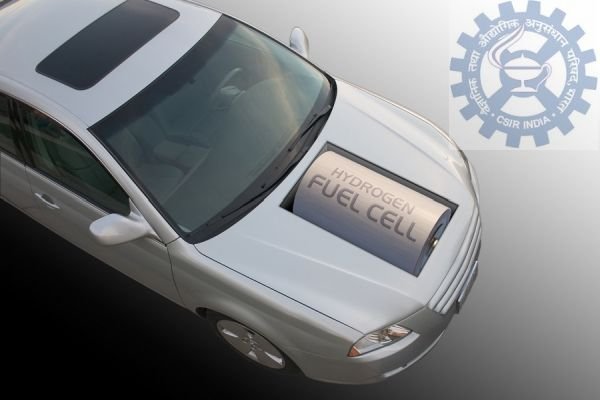 They have successfully developed a 10 kWe automotive grade LT-PEMFC fuel cell stack based on CSIR’s know-how. The heart of the PEM fuel cell technology includes the membrane electrode assembly, which is wholly a CSIR know-how.

Further, the fuel cell technology emits only water, thus cutting down the emission of harmful greenhouse gases along with other air pollutants.

The FC vehicle is fitted with a Type III commercial hydrogen tank. Its capacity is around 1.75 Kgs of H2 stored at about 350 bar pressure, the FC vehicle should run for approximately 250 Km range under typical Indian road conditions at moderate speed of 60-65 Km/hr.

The entire fuel cell stack and its associated components with power train were retro-fitted in a standard 5-seater sedan car.

This will not only reduce the petrol, diesel import bill for India but hydrogen is the cleanest fuel with water as the only by-product.