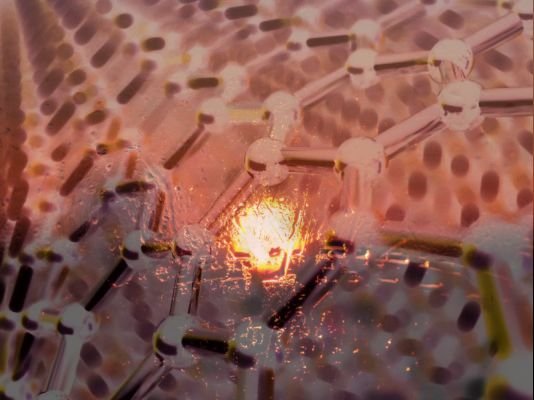 A new research from the US Energy Department laboratory indicates that next-generation perovskite solar cells could be far less expensive, and far more efficient, than any other PV currently available today.

The low cost renewable energy gives both coal and natural gas a run for the money in the power generation sector. That’s where the new next-generation solar cells come in.

With that in mind, the Energy Department is betting the ranch on a class of synthetic crystalline materials called perovskites. To support its case, the agency regularly cites the trajectory of perovskite solar cell efficiency improvements in the past few years.

In a team effort with the University of Tennessee, Knoxville, ORNL spearheaded a new perovskite PV study that shines a light, so to speak, on a new pathway for improving perovskite solar cell efficiency.

The basic idea is to reduce swaying in the solar material by removing hydrogen. That enables the calmed-down material to interact with vibrations that would otherwise remove heat.

Aside from solar energy applications, NREL points out that “perovskites have shown tremendous promise in a range of other technologies, including solid-state lighting, advanced radiation detection, dynamic sensing and actuation, photo-catalysis, and quantum information science.”