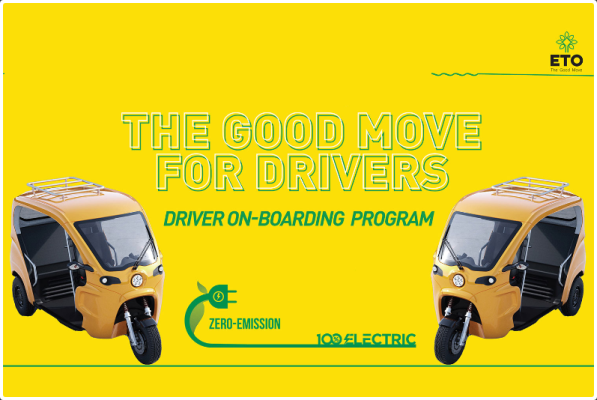 ETO Motors has today signed an MoU (Memorandum of Understanding) with the Telangana government. It will be setting up a greenfield facility for its electric three wheelers in Telangana.

An investment of over Rs 150 crore is being planned in this facility and this in turn will generate employment for 1,500 people.

The investment will be put into the company over the next five years. ETO Motors will start the facility under its subsidiary, Keto Motors. ETO is looking to bring in electric three-wheelers both in the cargo as well as the passenger vehicle format.

The company says that the product has the largest tyres as well as has high-quality suspension. There is also the long wheelbase in the equation. A high capacity AC induction motor will power the vehicles.

It is fed by Li-ion batteries that give the three-wheeler a range of 120km per charge.

The vehicles will have an aluminium chassis as well as ABS panels. ETO rickshaws also have seat belts for both the driver as well as passengers. Moreover, the driver also gets the option of an adjustable bucket seat.

Passenger version of the ETO vehicles have a capacity of three along with the driver.

As far as the cargo version is concerned, it can carry a load of over 500kg. Regenerative braking has been dialed in as the energy lost during braking is stored in the battery for future use.