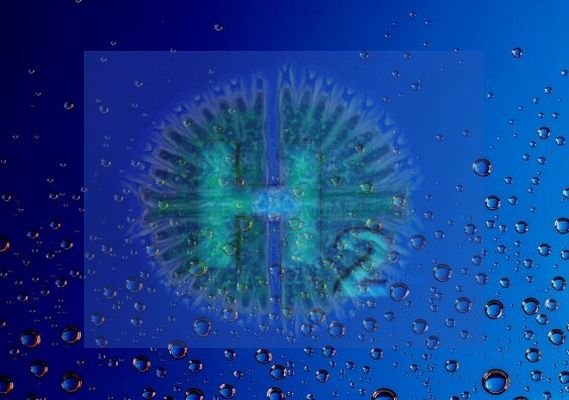 By jam-packing photosynthetic algae into sugary droplets of water, scientists are building mini biological factories that churn out hydrogen (H2) that could be used as a source of carbon-neutral energy.

Under finely-tuned conditions inside the water droplet, the algae will stop producing oxygen and instead give off energy-packed H2, according to research published in the journal Nature Communications.

But the scientists behind the study, at the University of Bristol and the Harbin Institute of Technology in China, learned that algae compressed together inside a water droplet produce hydrogen instead.

That’s because there aren’t enough oxygen atoms to go around for typical photosynthesis reactions to occur, meaning hydrogen-yielding enzymes take over instead.

Taking things one step further, the scientists coated their biological factories in oxygen-consuming bacteria, prompting more of the algae to reliably produce hydrogen instead.

While the minuscule factories are far too small to power our homes or cars for now. But the scientists expect the idea to work at larger scales, potentially driving down the cost of hydrogen fuel cells and point to a possible source of sustainable clean energy if the process scales up.