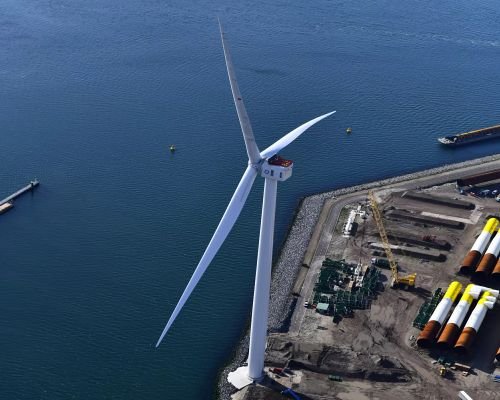 The developers of the Vineyard Wind project off Massachusetts have just announced that they’ll be using GE wind turbines — specifically, the GE Haliade-X.

This will earn them the distinction of being the first large-scale offshore wind farm in the United States to use the largest wind turbine in the world.

The upgraded turbine has –

One spin of a Haliade-X 13 MW could power a UK household for more than 2 days.

Upgrading to a turbine that size has a few important implications for the developers as: –

The Haliade-X 13 MW offshore wind turbine will be used in the first two phases of UK’s Dogger Bank Wind Farm, with a total of 190 units to be installed starting in 2023.

This will mark the first installation of the world’s most powerful wind turbine in operation to date at what will be the world’s biggest offshore wind farm.