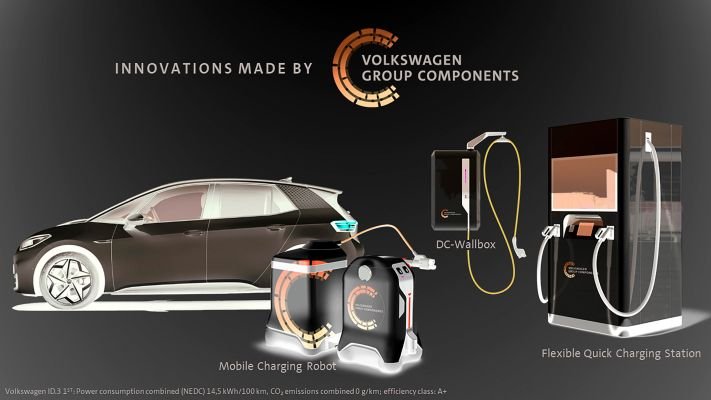 Volkswagen has begun testing a new prototype EV wall charger that operates on direct current and is capable of bi-directional operation.

The innovative Volkswagen DC charger can charge at 22 kw of power and because it uses direct current, it can cut charging times in half compared to a charger that operates on alternating current.

In charging technology based on direct current, the electricity flows directly into the traction battery, assuming the vehicle being charged is equipped with a CCS charging port, the company says.

Unlike systems based on alternating current, electric vehicles are charged independently of their integrated on-board chargers that limit charging capacity.

Charging the traction battery with a direct current, on the other hand, increases the potential charging capacity when compared with alternating current.

The charging process can therefore be significantly shortened.

The bi-directional feature of the new DC chargers means the battery in an electric car could be used to power a residence or small business or become part of a virtual power plant.

20 of the prototype chargers are already in use at Volkswagen factories in Wolfsburg, Braunschweig, Hannover, Salzgitter and Kassel. The goal is to gather the practical experience needed to develop the DC charger quickly and get it into production as soon as possible.

The EV revolution is about more than building an electric car and calling it a day. Volkswagen is looking at all aspects of the transition to electric vehicles and doing everything in its power to keep the revolution moving forward.

The article is based on Volkswagen Press Release; edited by Clean-Future Team