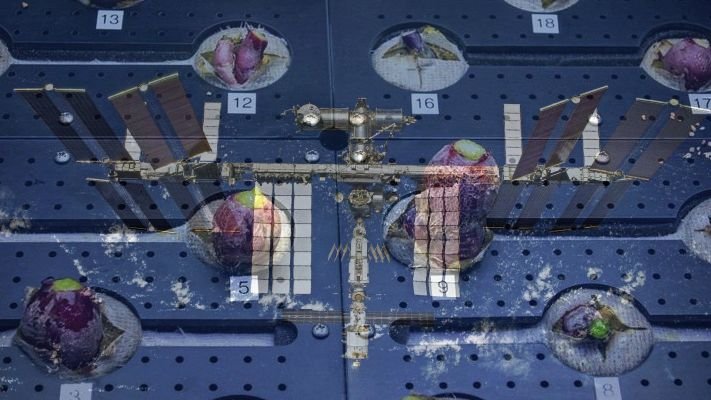 On this New Year’s day NASA astronauts at the International Space Station bit into some fresh-grown radishes that they had been grown in orbit. The space radishes were grown from seeds over the past 27 days in the microgravity of orbit as part of NASA’s program to develop space agriculture.

This is the first vegetables grown and eaten in orbit other than some leafy greens.

The meal is a promising development in NASA’s ongoing efforts to grow food in space, making long-term stays in orbit and beyond a more viable and sustainable endeavor.

Typically, astronauts on the ISS don’t get to eat the fruits of their agricultural labor.

While NASA scientists have spent years figuring out how to grow or prepare food in orbit, the food is almost always frozen and shipped back to Earth for analysis, whether it’s vegetables or cookies.

Even now, 10 of the 19 radishes went to Earth, and the ISS crewmembers ate the remaining nine.

But eating food grown on the ISS isn’t unheard of. NASA astronauts first did so in 2015, chowing down on some of the red romaine lettuce they’d grown in orbit.

That lettuce, research from 2020 later revealed, was almost indistinguishable from plants grown on the ground, giving hope for the future of orbital agriculture.

The successful radish experiment is a good sign for the future of space travel, but in the more immediate term it’s also great news for crew-members who almost never get to eat fresh produce.